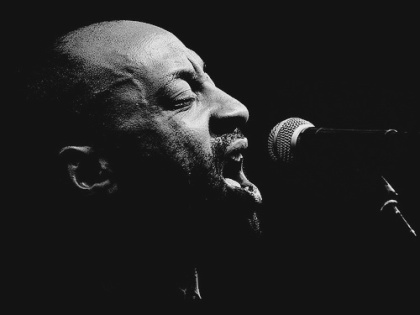 A Step into The Light

Monde De Poche is thrilled to offer you an exclusive interview of who we consider one of the greatest guitar hero of Soul, Funk and music, Binky Griptite. After Sharon Jones’ departure last November and some time off, he decided to start a solo carrier as singer. A great news for music! With his experience earned during his long path where he crossed some of the greatest voices such as Sharon Jones, Amy Winehouse and many others, Binky is moving out of the shadow. Touring for the first time solo, helped by The Silverbacks and Shirley Davis (Tucxone Records), we catched him up for the first step of his Spanish Tour, in Barcelona, last 19th April. To those who don’t know him, the best way to introduce Binky Griptite is with his family’s words, Daptone Records. 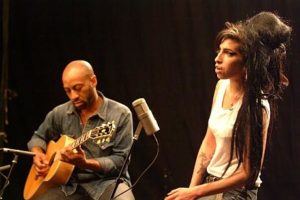 BG: Some people don’t know the difference between retro and old school so I will tell you now. Retro is a trend. Old School is an attitude; it’s about doing things the way they’re supposed to be done. Binky does Soul and Funk music the way it’s supposed to be done: dirty, gritty and nasty! He’s been around the world as a sideman, performed on platinum selling albums with Janet Jackson and others, and he’s currently a member of the world famous and superbad Dap Kings and Daptone SuperSoulRevue. Now he’s ready to step up and show the world what he can do on his own. Do yourself a favor daddy and come along for the ride! (Binky Griptite Press Release)

I’m very happy and proud that it started out in Spain because I have such a history with Spain.

MDP: How do you feel about your premiere solo tour?

BG: It’s a great time, I’m very happy and proud that it started out in Spain because I have such a history with Spain. And particularly that this first gig was in Barcelona. Again, because I have a long history with Barcelona and with The Dap Kings. And, you know, it sounds a very good night. Si, si. But yeah I feel very good about it. Very good.

It’s hard to just been working constantly, constantly and constantly. Some people can do this, I’m not those kind of people.

MDP: How did it take you so long to make a solo premiere?

BG: For all of these years The Dap Kings have been very busy. So with been so busy, you want to have time off, I like to be off. It’s hard to just been working constantly, constantly and constantly. Some people can do this, I’m not those kind of people. So I need to be able to rest and relax. So yeah, I mean if I’m already in a strong touring Soul band, I don’t feel a big need to start another touring Soul band. But this worked out very well. I didn’t need to put my band together, you know. The Silverbacks were already a band, so I could just come to Spain and The Silverbacks learned my songs. Shirley and I have already a friendship. So, they made it happen and it worked out really well. 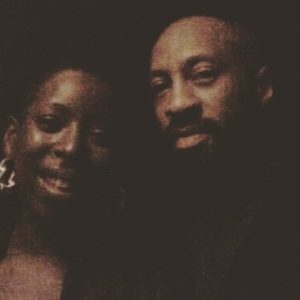 MDP: So Shirley Davis has been like the link between you and The Silverbacks?

BG: Yes. I know Shirley for years from Australia. And then, you know, she left Australia to England and eventually settled here in Spain, moved to Madrid. I wanted to start to think about touring in this way. I wanted to find, you know, bands in other countries that were already bands.

MDP: To change your routine.

BG: Yes. Because with the Dap Kings we’re already very set in our routine. But I wanted to do something a little bit different.

MDP:How do you feel about that?

BG: It’s good you know. It’s like change is good… Change is necessary.

Obviously we’re all still upset because Sharon Jones is just passed away. And that’s been the catalyst for change for us. 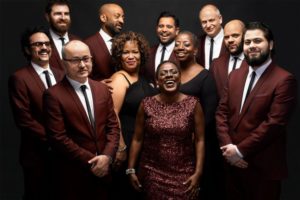 MDP: Maybe it’s because of a bad situation?

BG: Well, sure yeah (thinking). You know, obviously we’re all still upset because Sharon Jones is just passed away. And that has been the catalyst for change for us. But like, I said change is necessary. Even when it is uncomfortable in the end it is good.

MDP: Even if It’s not necessary, it happens.

BG: Yeah. It’s inevitable, you know. Tuesday is not the same as Monday.

Tuesday is not the same as Monday.

MDP: Ok. So, how do you feel about your premiere touring?

BG: It was good, it was a very good show. You know, it’s like not perfect but perfect enough.

BG: Yeah. And it lets us know that we have something to build upon.

MDP: You’re known for having played with Amy Winehouse, Sharon Jones. How do you feel about the fact of coming out of the shadow in a way?

BG: I mean, I guess I don’t think about it that way. Every time I think like that, you know, when I go out as a singer I don’t think of myself as a singer because I’ve known so many brilliant singers. And I’m not a singer on that level. I mean, the only thing I can offer is honesty. But you know I can name hundreds of singers that are better than me.

BG: Everyone that I ever known, Sharon Jones, Amy Winehouse… all the people that we work with. Lee Fields and Charles Bradley they are all much better singers than me. But for me the things that I can emulate if I don’t have their vocal abilities, it is second to try to match them in emotional honesty. That’s really, the most important quality as a singer is emotional honesty.

MDP: Are you happy to tour in Spain?

MDP: Could you explain how did you meet this wonderful lady, Shirley Davis?

BG: We’ve met in Melbourne Australia when she lived in Australia. The Dap Kings, we’ve been very lucky that we were able to tour a lot of the world, not all of the world but a lot of it. And you know we received a lot love from Spain in the early days. But then eventually we also moved, started to go to Australia and they adopted us as well. We found like a second home in Melbourne. I think that relationship came from partially our booking agent that had a satellite office in Australia, you know. And so yeah, Melbourne became, you know, home away from home.

MDP: How long do you think your solo carrier will last?

MDP: I would like to see you as long as possible.

BG: Sure yeah, that’s my plan. As long as it makes sense.

MDP: It makes sense! It made sense tonight, definitely!

BG: You know there is a part of me that would rather be a guitar player after the side.

BG: Like I said, I’ve been very lucky to have worked with so many brilliant singers. And I enjoyed having good singers to do their job while I’m doing my job. Because I feel very confident as a guitar player, less confident as a singer. But failing that, you know, if I have to be the singer that can be fun too. I can little help to make to the party started.

MDP: Another side of you that you have to discover?

BG: Yeah for sure. But you know, I still enjoy playing with other singers. Just being the guitar player.

MDP: Do you think that because of your experience you’ve learned from good singers which could make a difference?

BG: Yeah, but like I said, the biggest lesson is emotional honesty. Because technique is whatever. Some people, they have a lot of technique and no honesty. And some people have all honesty and no technique.

MDP: You have to balance both.