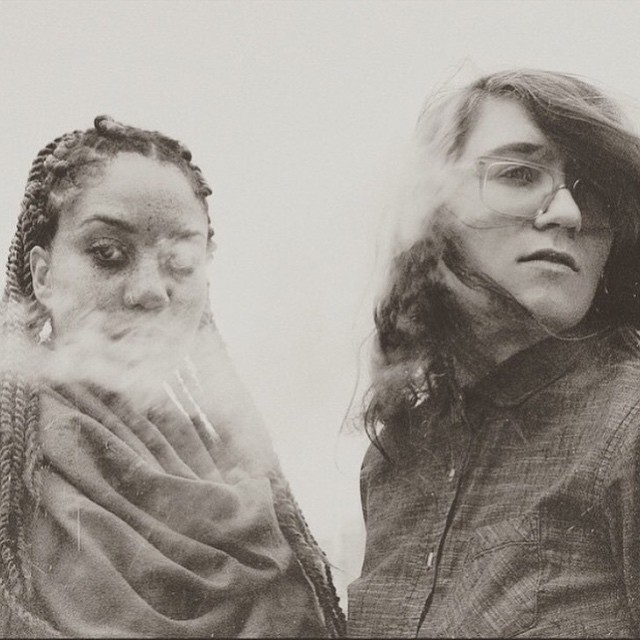 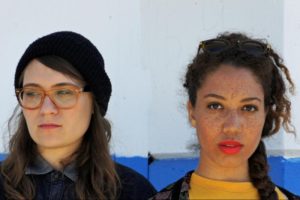 MDP: How long have you been doing music?

KF: Well together we’ve been making music for like four years, five years… but you were musician long before that.

KL: Well yeah, I played piano as like a kid. I’ve always played piano and like kept going through college taking lessons in classical music. And then I played the trumpet in middle school (Laughter). As like a band geek… So I’ve been doing music for long time and then moved into electronic music later like after graduating college and stuff.

So Lemon song, It’s about like accepting that something is over, that It’s done with. You know like even though you’re reminiscing about it.

MDP: What Lemon is about?

KF: So Lemon song, It’s about like accepting that something is over, that It’s done with. You know like even though you’re reminiscing about it. Even though you’re… even though you want it to still continue and you want it to still be there, it’s about starting to come to grips with the fact that like It’s not going to happen. And even that the process is slow you know. It’s about that. About the process of slowly accepting that something you really really want to exist, no matter how much of yourself you compromise and how much of yourself you kind of let get away from you. You know that particular relationship it’ll just never going to work. No matter what you do.

KL: And to me It is also like there is like a kind of gratification, there is like the satisfaction that then come from being like, from let him go. You don’t want to. But It’s happening.

It’s about like getting over them and like deciding you’re going to put yourself first and deciding that you are like a badass bitch and… fuck him!

KF: Well, the EP is about like a lots of different parts of that, of like being in relationship and being like open to love, making space in your heart for love even though your heart has been broken so many times before. It’s about realizing that the person that you love is a fucking cheater and an asshole and a liar who doesn’t love you back. And then It’s about like getting over them and like deciding you’re going to put yourself first and deciding that you are like a badass bitch and. fuck him!

KL: Somebody said, a friend of us said to me the other day that he likes the EP because they are almost love-songs. All of them are virgin on being romantic but then some aspects are like very unromantic.

KF: I mean I have never been in like full 100% no hesitancy, like no red flags, no compromised kind of love, so maybe I just don’t know what it is and I just don’t know how to write about It. So yeah, that’s sad.

MDP: How did you proceed to compose It?

KF: Ok so. We make 90% of the songs with usually Kate Faust (I) would write lyrics and a melody and record It. And then with Kate Linhardt producing a beat with It. And then once we have those two parts, we kind of work together, shape it and make it, arrange it and make it the song that we wanted to be. 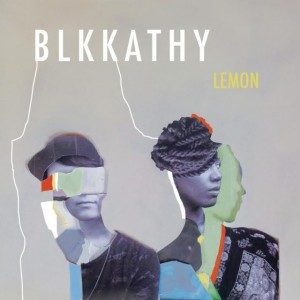 MDP: Your sound is really special, how long did It take you to find It?

KF: Honestly, I don’t think It took us that long. We made Dem Bones together and that was the first song that we made as BLKKATHY. And I feel like we kind of made that song within an hour and It sounded exactly like we wanted to sound like. I mean actually It wasn’t to be played for other people, that we were like “Oh shit, this is, that sound’s good”, you know. But our sound has like changed from that slightly but like I think we just try. It’s improvisational.

It wasn’t to be played for other people, that we were like “Oh shit, this is, that sound’s good”, you know.

KL: It’s pretty organic whatever happen. We don’t think we were like looking to on and on what happened. It just like somethings like contrasting in our own preferences musically and stuff just kind of like smash together in an interesting way. Would people notice that special about it or like that’s different about it. Maybe there is like a kind of little bit of a conflict in the way that two pieces meet together.

It’s pretty organic whatever happen. We don’t think we were like looking to on and on what happened. It just like somethings like contrasting in our own preferences musically and stuff just kind of like smash together in an interesting way.

MDP: Moving from Deep Ellum to Manimal Vinyl was a big change for you?

KF: No, not really. I mean we still work with Phil at Deep Ellum he’s our friend.

KL: Phil Ward is our friend who runs Deep Ellum Records and he’s been like instrumental. He put out our first 7 for us. Like loads of help mixing and mastering tracks and working on them. He is still our friend so It’s not really different now. Manimal, they’re also great and I also feel that we have a kind of friendship with them. They just have more people working with them, they have a bigger team you know so It’s just a bigger reach.

MDP: What are your inspirations past, present and future?

KF: I grew up listening to like a lot of Motown and a lot of pop, like R’&B’-hip hop music and hip hop. That kind of music is like a part of me, a part of my musical and lyrical sense. That’s definitely a past and a present inspiration, that kind of music.

KL: For me, my background, ‘cause I played the trumpet It would be a kind of jazzy or even like classical piano in terms of like, I don’t know, the way that I’ve learn to play the instruments but for what I liked to listen to when I was a highschooler. It was a lot of electronic music like Aphex Twin, Prefuse 73 and that kind of like glitchy electronic, IDM (Intelligent Dance Music) stuff.

KL: What’s an example of It?

KF: I don’t want like name name, I just said that was corny but.

KL: Could you so (Laughter)?

KL: Moving to the sexier.