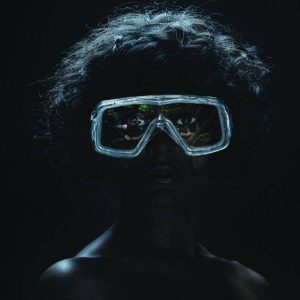 Drowned in Her Sound

After nearly four years Sacha Perera, better known as Perera Elsewhere, is finally back with a new album, All Of This. And it was worth the wait, despite the anxiety. She simply makes quietness exiting. If you heard her acclaimed first LP Everlast (2013), you probably know what I mean. Perera’s sound is prolific, hypnotic and soulful by « simply » using the power of quietness. It’s a reminder that you don’t have to be noisy to catch anyone’s attention. Everlast was an immersion into a new world of exploration that Sacha describes as Doom-Folk. Her whispering voice, along with electronic waves, guitar chords and trumpets, sound like an echo in the mind, making you feel intimate with the music. Like in the single Something’s up.

Perera’s sound is prolific, hypnotic and soulful by « simply » using the power of quietness.

With All Of This, Elsewhere continues her travel and submerges us deeper into her sound in order to reach more troubled waters, as a metaphor for the new social pressures we are living with. At some point of the new album, the electro-modulations make you feel under the water (Girl From Monotronica), a space where you could feel safe from the moment you have enough oxygen… Like those safe places one can have in society  (a community or group) you sometimes need to runaway from to breath again. And the cover, made by Hugo Holger Schneider, seems to confirm her intentions. Exploring deeper, get more political (inequalities, gated communities, marketing targets) and more personal (ego/self-obsession). As her LA-based label, Friends of Friends, explains in its press release, « this record approaches such weighty issues in a manner that feels deeply personal. »

This record approaches such weighty issues in a manner that feels deeply personal.

Perera Elsewhere is a skillful Berlin-based musician, Doom-Folk producer, songwriter & dungeon DJ influenced by Hip-Hop, R&B, Dancehall, Trip-Hop and Post-Punk. Considering these influences, it’s puzzling to see how she ended up creating her own Doom-Folk. And the only way to understand how, is to listen carefully, very carefully.