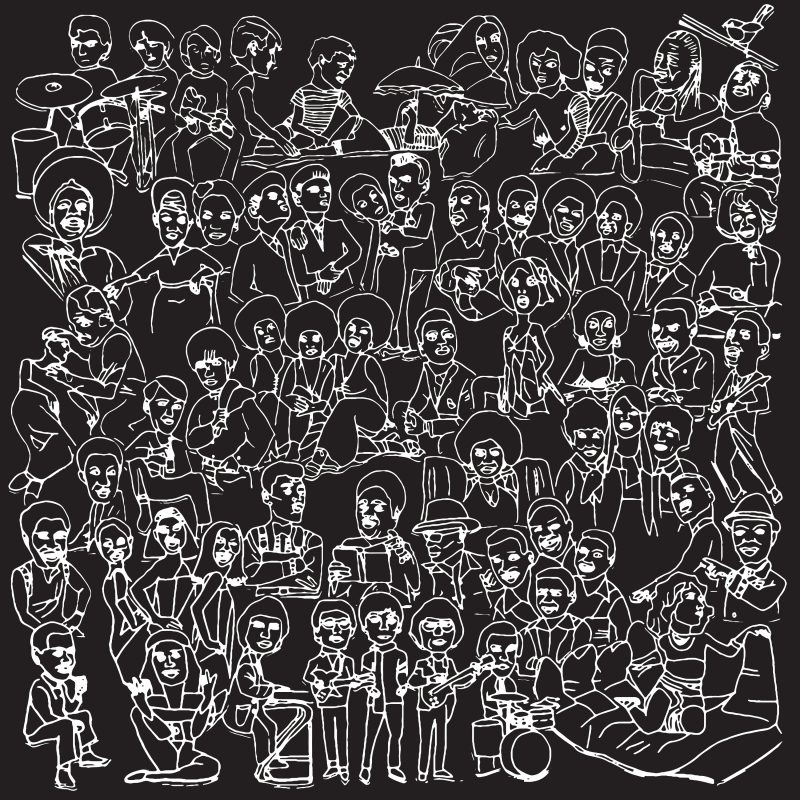 Archie Fairhurst, who goes by the name of Romare, is a skilled British Dj, beatmaker, producer and whatever else… He’s back to offer us a new LP this week with Ninja Tune, Love Songs: Part Two. The album, expected on Friday 11th November, follows up Love Songs: Part One,his second impressive EP released in 2015, right after Meditation on Afrocentrism then supported by the underground hothouse, Black Acre. But the best was yet to come when the big brother label from London released the mind-blowing LP Projections in 2016.With his new opus, Romare escapes a little from jazz, blues and funk that mostly inspired his first LP to flirt with disco and psychedelic. And he keeps the level high!

If Archie Fairhurst chose Bearden’s name, it is not by coincidence. In fact, the young artist produces his music by pasting chords, melodies, samples and voices the way his elder did with pieces of paper. What makes Romare’s music very special is that there are so many sounds pasted on one another and it sounds harmoniously great. You never finish descovering hiden notes. He makes complexity simple and enjoyable to the ear.

With Projections, he succeeded like no one else in transposing the spirit of blues and jazz into electro music. It is a mind-fuck production that could be compared to that of Bearden’s expo in terms of impact, to some extend.

With Projections, he succeeded like no one else in transposing the spirit of blues and jazz into electro music. It is a mind-fuck production that could be compared to that of Bearden’s expo in terms of impact, to some extend. Projections had the same purpose that the 1964’s expo, to bring awareness on black-Americans who are currently murdered by the police, arrested when they are lucky, among other inequalities. Romare the young gave an intelligent tribute to their culture and contribution to the world. By doing so, he not only showed uncommon skills as musician but also proved to be a thoughtful and conscious artist. 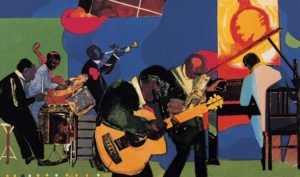 I’ve tried to cover different areas, from sexual urges to tender first encounters, from affairs to the questioning of one’s love.”

If Projections established Romare as a ‘must follow’ musician, Love Songs: Part Two confirms his consistency in quality and diversity. This new album explores with the help of disco and psychedelic a new chapter of romantic relations,  from primal instinct to devotion. For that, he brings in distorted guitars and synthesisers  which play a central role (yeah, he is also multi-instrumentlist). “I’ve tried to cover different areas,” Fairhurst explains in the Ninja Tune press release , “from sexual urges to tender first encounters, from affairs to the questioning of one’s love.”  The electrifying and diverse result proves that the talented artist succeeded (again!) in making us feel the many possibilities of  his music skills and love. For listening carefully the album about a month, I can tell you that my favourite songs are Who to Love? and Honey which are full of smoothness. Lets stop talking! Enjoy Romare’s love starting with Come Close to Me dropped last week!

PS: Try to recognize the people on Meditation On Afro-Centrism‘s cover, that’s fun.
Thanks a million to Ninja Tune!